I won tickets to the premiere yesterday, but I have to say, I wasn’t that excited for the movie. From the trailers, it looked like an okay movie, but I wasn’t dying to see it in theaters. Well, after seeing the movie I can say I was very wrong. This movie surpassed my expectations, and surprised me, it was really good. 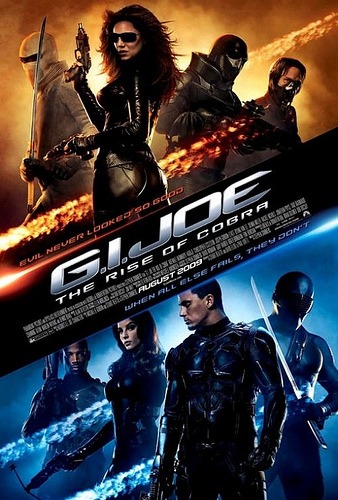 It was a great summer movie: action packed and had decent graphics. It had cheesy parts, but then again, most movies do and it fit well in the movie. It was also a The Mummy/The Mummy Returns mini reunion, you’ll know what I’m talking about when you see it. This movie was directed by Stephen Sommers, who was also the director of The Mummy so it makes sense that there were cameos by people who were in The Mummy. There’s not really too much I can say about the movie, I enjoyed it very much. I can say I liked it better than Transformers: Revenge of the Fallen.

Have you seen the movie? Did you like it?