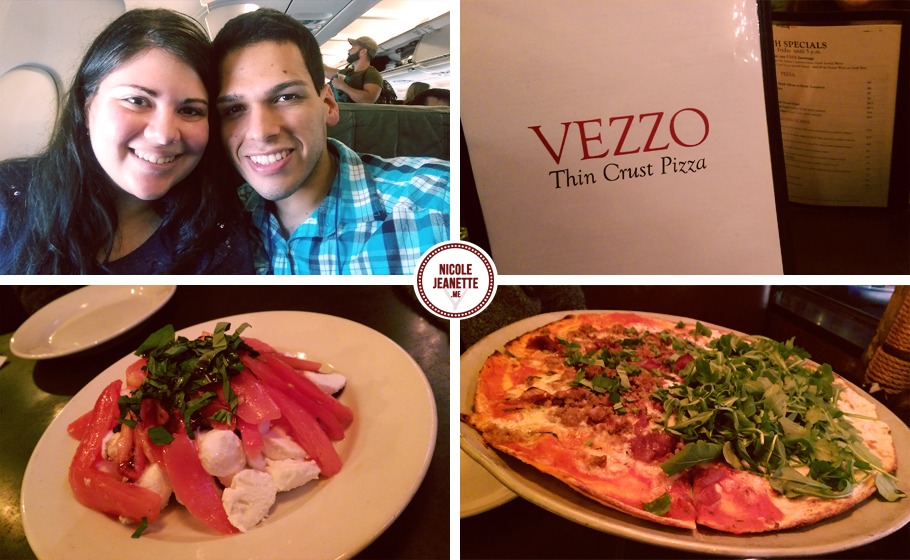 We left for our honeymoon on December 22 (Monday). You can’t even imagine how excited I was to go to New York City. It was a dream come true, something I had been wanting since I was about five years old.

When we were at the airport, waiting to board from SJU to JFK, the anticipation had me anxious, excited and teary-eyed. Add the fact that I had just gotten married two days before, I was a rollercoaster of emotions.

The flight was nice, but it felt like it would never end. I had taken a book with me so I could read on the plane but I couldn’t do it. I ended up sleeping for half of the flight, so that made everything easier. I had a window seat so I was able to see New York from the plane, it was incredible. One thing I was scared about was the cold weather, the coldest climate I’ve experienced is 50-55 degrees. I didn’t know what to expect. I was pleasantly surprised that I was comfortable with the weather when we were out looking for a taxi at the airport.

The taxi ride was extremely uncomfortable. I wanted to throw up for the majority of the 45 minute car ride. The driver was too rough driving, but that was to be expected. I’ve heard many stories about taxi drivers and drivers in general in NY.

When we finally arrived at the hotel, we checked in. We stayed at the Deauville Hotel between 29th street and Park Avenue. It was a very nice hotel, the building was old and homey, the elevator had to be manually operated, and it was located in a great area.

We were tired from the flight so we ended up relaxing at the hotel and then went out near the area to have dinner. We found a pizza place called Vezzo, we fell in love with that place. Good atmosphere, amazing food and the prices were pretty good. We had a fresh mozzarella and tomato appetizer (pictured above) which was heavenly and ordered a half and half pizza.

Our first day in New York City was awesome.