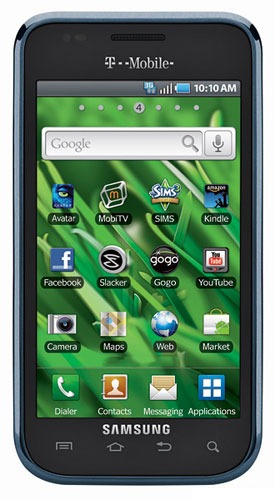 I’m the owner of a Samsung Vibrant, an Android phone that is part of the Galaxy S series from Samsung. I’ve been an Android user for a while now. I purchased an HTC Dream, aka. T-Mobile G1 on February, 2009 and I fell in love with the Android OS, it was the first phone on the Market using Android and I immediately knew that the OS was going to go very far. I said: “The iPhone is about to have some competition” and boy was I right.

After a while the G1 was being too slow for me, which was understandable because it was the first Android phone, so I knew that the internal memory and processor wasn’t much. That’s when I went the Cyanogen way and rooted my phone, which made it a little faster and got to use a lot more goodies.

Recently, I was seeing a lot of Android phones being released with 1GHz processors, more memory and awesome stuff like that, and seeing how the G1 was becoming more obsolete each day (updates stopped at 1.6 Donut version, if it weren’t for the 2.1 Cyanogen ROM I used I would have been low on the bandwagon) I decided it was time for an upgrade. So, last Friday I went to T-Mobile and bought this sexy new phone.

Some really cool features the phone has:

Those are a few perks about the phone. Let me tell you, it is awesome. I’m really loving it, it is a huge change from a G1, especially since the G1 has a physical keyboard and the Vibrant doesn’t, but I’m totally loving using the Swype keyboard, I’m getting faster at it. The only thing people complained about were a few GPS issues, but there’s a fix out there that solves it (I already applied the fix, which doesn’t affect the phone guarantee, and it works so much better).

4 thoughts on “I have a Samsung Vibrant”

Buy me a coffee