I was so shocked when I found out that Michael Jackson died yesterday. I had to wait until it was confirmed on reliable sources like CNN to believe it was actually true. The first source to report it was TMZ, and I don’t like to say they are legit but they were right with this one. 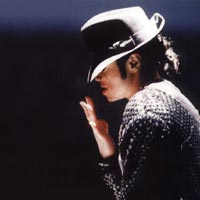 It’s so sad, I grew up listening to his music and I always wanted to dance like him, I remember I used to stand in front of the tv when videos of him came on and tried to learn the choreography of each video. He definitely was the King of Pop, each song had a beat and lyrics that drew you in. I thought he’d be alive forever and keep making music, but at least he left us with his wonderful music and very creative videos to remember him from. I was always a fan, even with all the controversy he was in, I respected him as an artist, because he was a true one.

He definitely will be missed. Also, RIP Farrah Fawcett, another icon that died yesterday. She was a beautiful woman, I remember I was so jealous of her wonderful and luscious hair.

Buy me a coffee