I’ve written about working for a local wrestling company here in Puerto Rico, EWO on the blog a few times. I’ve been helping them out for more than a year and it has definitely been a great experience and it has made me appreciate the ‘world’ of wrestling even more. 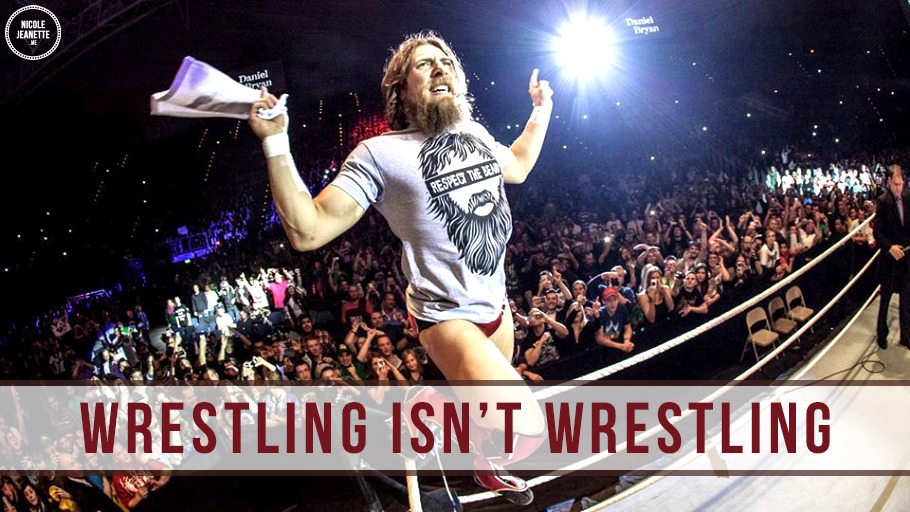 That’s something people tell me all the time when I mention that I help out a wrestling company doing production work. And while yes, the whole ‘spectacle’ of it may be fake, wrestling is so much more than that.

Behind the ring, there are several layers that make the entire show: the storylines.

Just like any movie, TV show or even a book, there are storylines in wrestling that wrestlers (as characters) need to bring to life. This is entertainment, this is something they give to the fans and the people that attend each show.

So, when they tell us that it’s fake, the perfect comeback is that their favorite movie, show or book is fake too. It’s all fiction, the characters, the story, everything. Why is wrestling any different? Why do people have to undermine its entertainment factor just because it’s fake?

It’s something to think about.

About two weeks ago my husband and I came across a video called “Wrestling isn’t wrestling” by screenwriter Max Landis. This video is what inspired this post. You need to watch it, it will probably change your view on wrestling.

Do you like/follow wrestling? Who’s your favorite wrestler? Why?